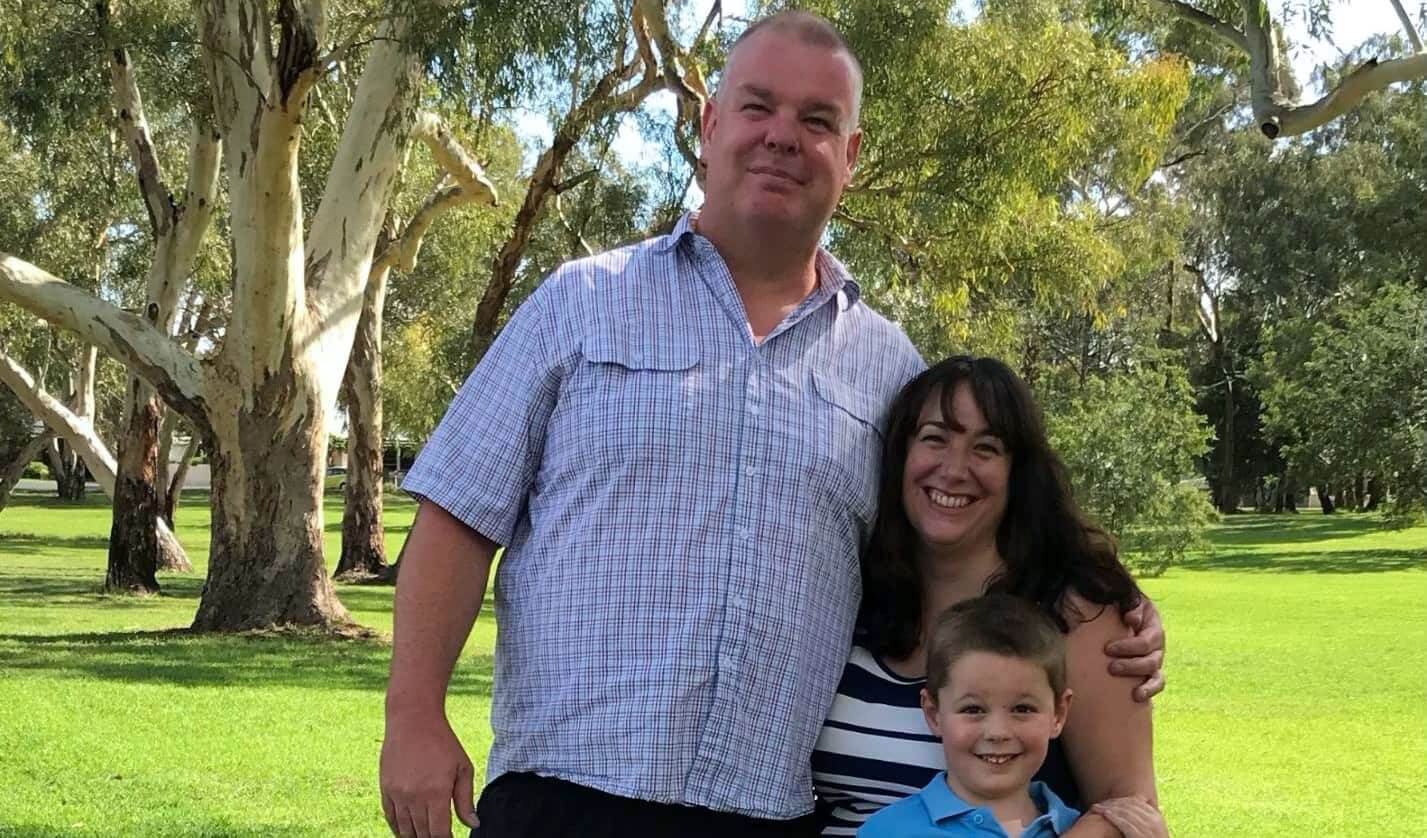 Cootamundra – where you can have a life, not just earn a living. 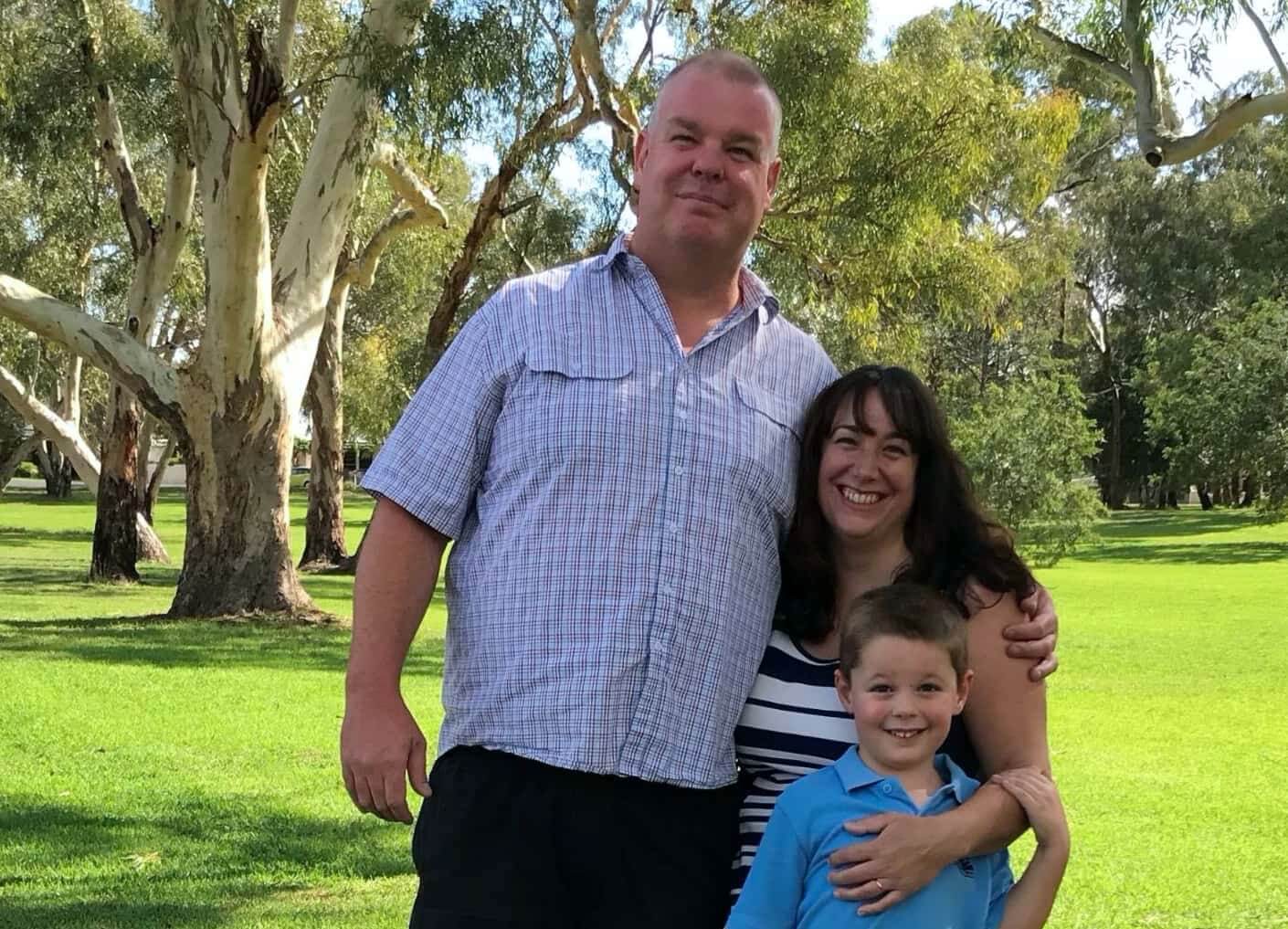 Originally based in Canberra, Nina and Luke Piotrowicz had built themselves a good life in the nation’s capital, taking advantage of everything the city offered. But after a time, the high mortgage, ever-increasing fees and continual parking charges began to overtake the enjoyment of the parks and attractions. “It just wasn’t fun anymore,” admits Nina.

When an opportunity to invest in a property in Cootamundra arose, they took it, never suspecting what it might lead to. Almost a century old, the beautiful building needed work. Renovation being something the couple had always wanted to do, they took the project on with enthusiasm.

Nina and Luke found themselves making the two-hour trip from Canberra to Cootamundra quite regularly. As work progressed, they began to get a real feel for the town.

Becoming ever more unsettled with city life, the overwhelmingly positive experiences the couple had in this regional town began to tip the scales. Having previously thought about buying land within a two-hour radius of Canberra, they decided to start looking again at opportunities for a Country Change. 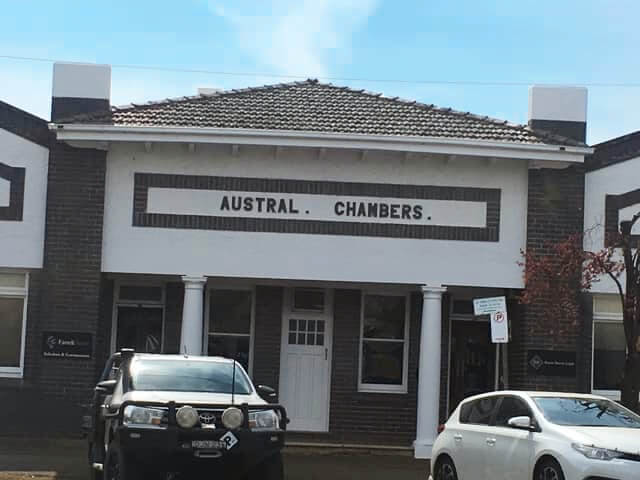 Although they considered and visited a lot of the wonderful regional areas in the Riverina, they realised that roots had already begun to grow in Cootamundra. “We were definitely encouraged to move by the property lawyer who sold us our building. She was a massive advocate for the town,” explained Nina, adding, “It was a progressive thing, but we realised we had grown to love the place and how close it was to all we needed.”

Originally trained as a secondary and special education teacher, Luke was able to take casual and contract teaching positions once they moved. Nina, an administerial and project coordinator for a large, national professional association, needed to create a flexible plan with her employer. At first, her company was concerned with how she could retain her role, but Nina has created a successful, flexible approach.

Nina’s arrangement has allowed her to work from the Canberra office two days a week. For the remaining time, she works from home, and this has given the pair more opportunity to be with their young son and extended family. “My parents came to visit us after we had moved,” said Luke. “They loved the town so much they came here, too. It was a really radical move, after having been in their former home for 40 years!” 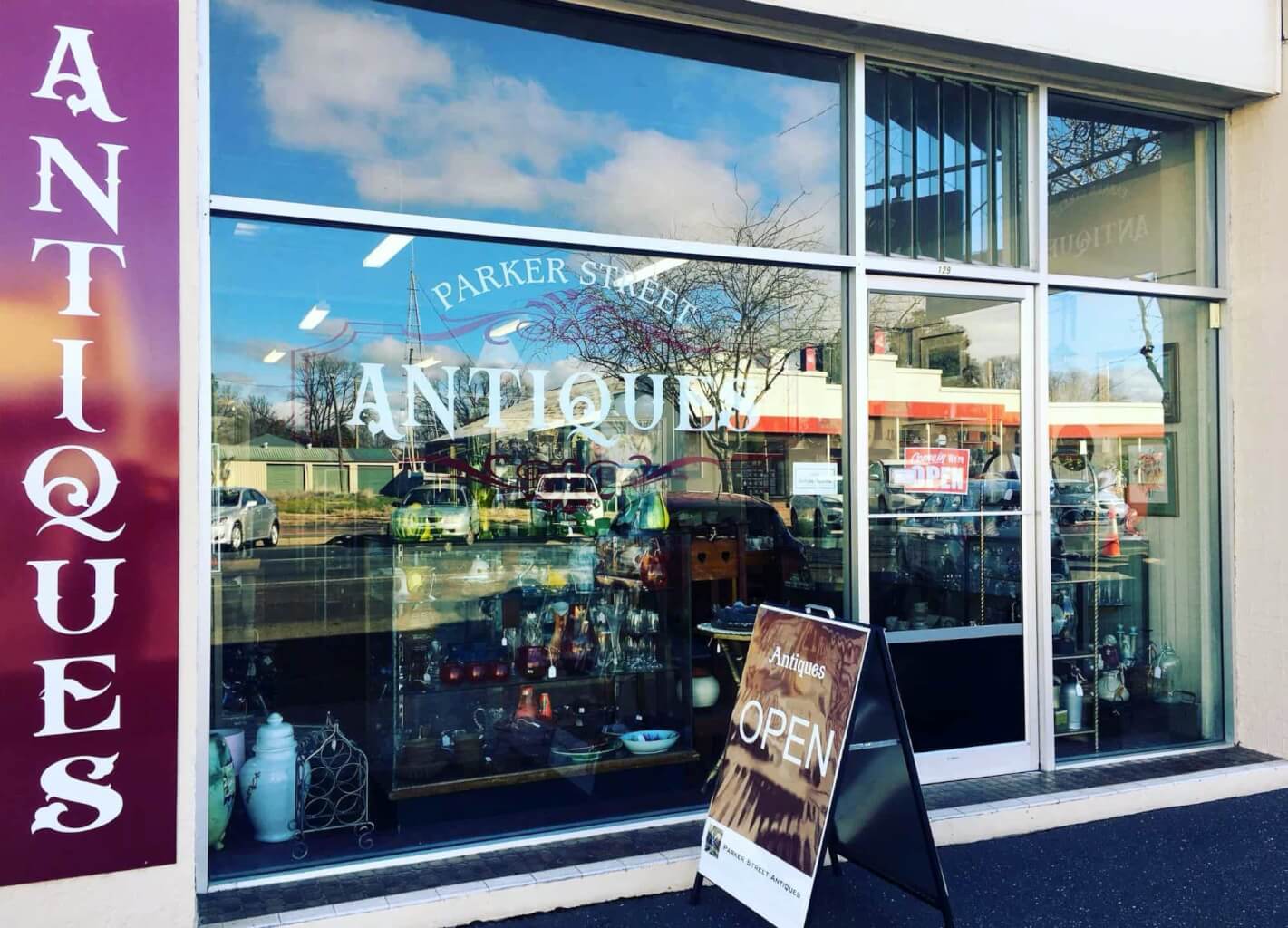 Along with her corporate role, Nina also provides administrative and social media support for her in-laws’ business, which they relocated to the Shire as well. “They had an antique business for over 20 years, and have reopened in ‘Coota,’ and this has added to the town. It feels like the epicentre for antiques and collectables now, with four antique shops, three op shops and a whole range of boutiques.”

The lack of shopping is just one of the many misconceptions about living in regional towns they’ve busted since their move. The other is the potential constraints on social life. Luke, who grew up in a smaller regional town, said, “It took a long time to settle in and meet people when I first got to Canberra. But here, rather quickly, we’ve made friends and have a good social circle. There are people here we know we can rely on and who know they can rely on us.” 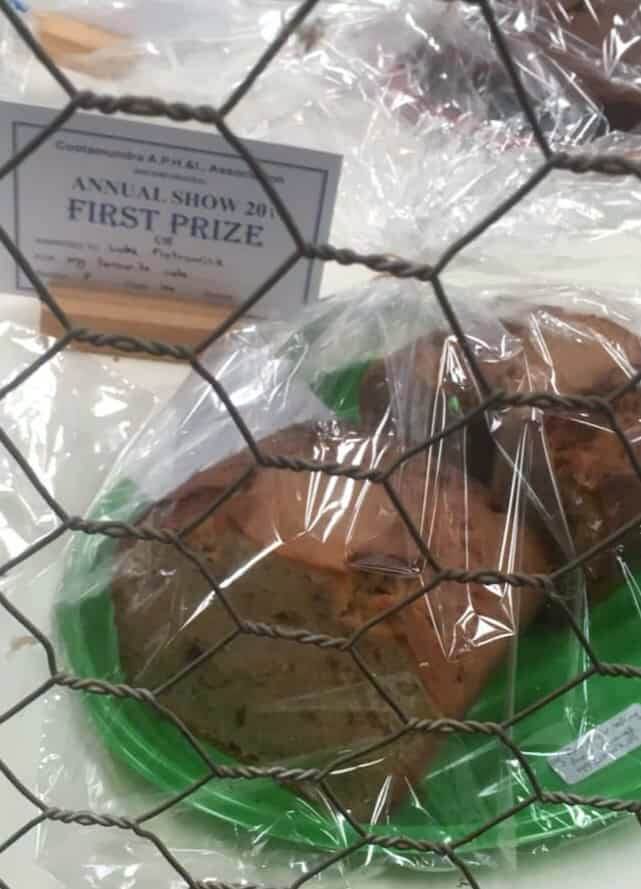 The family quickly found groups and activities that were of interest for each of them. They have not only been able to try new things but have become involved in sectors of the community in ways they never had the opportunity to in the city. Luke even discovered that it was not just his family who appreciated his baking skills after he won first prize at the local show for a delicious banana cake.

Access to services isn’t an issue either. “It is all very convenient. From where we are here, it’s only 200 metres to a pub that only sells craft beers. And not very much farther away, you have a choice of other pubs, an RSL, cafes, takeaways, supermarkets and the like. We would spend much longer in Canberra getting to where we wanted to go than we ever do here,” Luke tells us.

With a child in his early Primary school years, the couple has noted that there’s a lot to keep the younger generation occupied. Sports facilities, school and community activities are abundant and free to access. And with a TAFE college and Charles Sturt University in nearby Wagga, there are plenty of opportunities for recreation, education and jobs within the region.

“Young people seem to want to stay around. You don’t see them heading to the city at the first opportunity because there is not enough employment. That just doesn’t seem to be the case here,” Luke said, adding, “Things like apprenticeships, traineeships and courses from the local TAFE all seem to help people stay in the area. With so much farming, agriculture and local business commerce, there is a lot of opportunity for employment at any age here.” 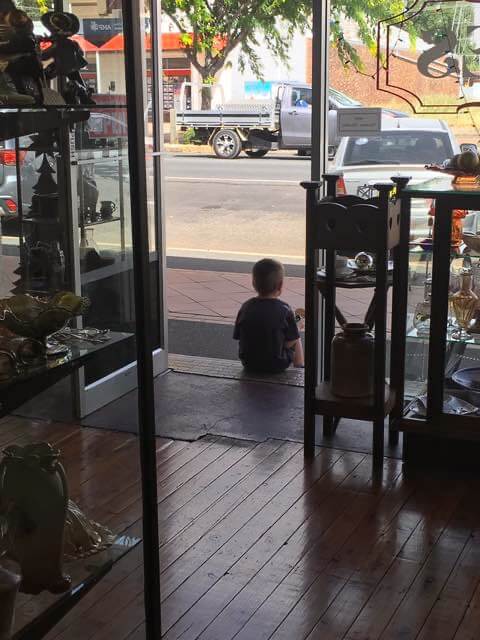 Austin sometimes offers his old toys for sale in his Grandparent’s antiques shop to make a little pocket money.

For others considering a Country Change, the Piotrowicz’s recommend each family do their research. “Really understand what your family needs (now) and what it might need into the future, and then consider the towns that have these services. Go and visit. Stay for a few days or a week and talk to the locals,” advises Nina.

Luke also points out that, “While the house prices are great, and a huge drawcard to an area, there’s definitely more to a place than just this.” The couple suggests visiting on regular days, not just holiday weekends or for festivals. They remind potential Country Changers to “take some time to visit the places you would go to if you did live there, not just the main attractions.”

Overwhelmingly, the move to Cootamundra has allowed Nina, Luke and their family “to have a life, not just earn a living.” They love the atmosphere of their small town and find it refreshing to see how much care and attention goes into its presentation year-round. “It looks beautiful. It looks loved, and we’re really happy to be a part of that,” added Nina.

If you would like to find out more about Cootamundra, or any of the other welcoming communities in the Riverina, contact us for more information. 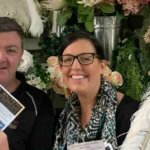 Leeton – A Great Place to Stay. 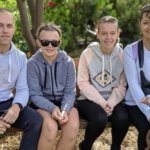