From the natural beauty of pristine bushland and beautifully preserved heritage buildings the towns and villages in the Bland Shire tells the story of its golden past.

West Wyalong is the main town in the Bland Shire local government area and located at the point where the Mid-Western and Newell Highways meet.

Our towns and villages are brimming with things to see and do. Embrace a simpler, less stressful way of life, smell the clean air and settle into relaxed country living.

Find your perfect country location and hearts of gold in the Bland Shire.

Discover what it’s really like to make that change, read our articles about Bland Shire for news and personal stories from tree changers who live there!

The Shire is well serviced by quality health and medical services including GPs, hospital, disability, aged care and other allied health services.

Bland Shire takes pride in its education of young people and offers options for all stages of education, from childcare, preschool, high school and TAFE

Bland Shire has many well-kept parks, sporting and recreational grounds for those seeking to keep fit and active, or merely take in the area’s natural beauty.

Bland Shire offers many exciting and diverse jobs, whether you are starting a career or looking for further experience or working from home.

In the region a wide range of professional, trade and labour positions are available with some businesses offering traineeships and apprenticeships, work experience and volunteer positions.

The Bland Shire boasts beautiful parks, gardens and recreation facilities for the enjoyment of locals and visitors. We are a proud and passionate sporting community with a rich history and Council has made significant investments in the Shire’s recreational assets.

From the Wetlands to historic Cooinda Reserve and the lush McCann and Barnado Parks or the Park Street Recreation Precinct.  The Bland Shire offers plenty of wide open recreation space for you to take a break, exercise, play and meet with friends. Don’t miss the fun at Holland Park Pool during the summer months!

Throughout the Shire there are a range of special interest community groups and sporting organisations.

Bland Shire’s State Forests, National Parks and Reserves are a great place for a drive or bike ride.  These areas including Lake Cowal are excellent for bird and wildlife watching, mountain biking, bushwalking, fossicking, panoramic views, breathtaking sunsets and picnics.

Bland Shire is rich in history, culture and art.

Find some of the best country art projects in rural NSW including the Weethalle Silo Art Project, McCann Park Chainsaw Art, The Big Footy in Ungarie and numerous murals and other attractions within the shire.

The town has a rich and colourful history despite the early assessment of explorer John Oxley when he passed through the area in 1817 and famously declared “from want of timber, grass and water, it would never be inhabited by civilised man”.

As the population of Wyalong swelled, West Wyalong was gazetted and settled in 1895 around the old bullock track.

Download the izi Travel App on your mobile or tablet.  This interactive tour will take in some of the significant buildings and locations in West Wyalong’s history. Or collect a map from the West Wyalong Visitors Information Centre.

With regular events taking place throughout the Bland Shire there is always something happening to entertain you.

From fun family events like the Mirrool Silo Kick, or the West Wyalong Show to regular markets where you can find fresh produce and local goods.

Life in Bland is far from Dull and Boring. 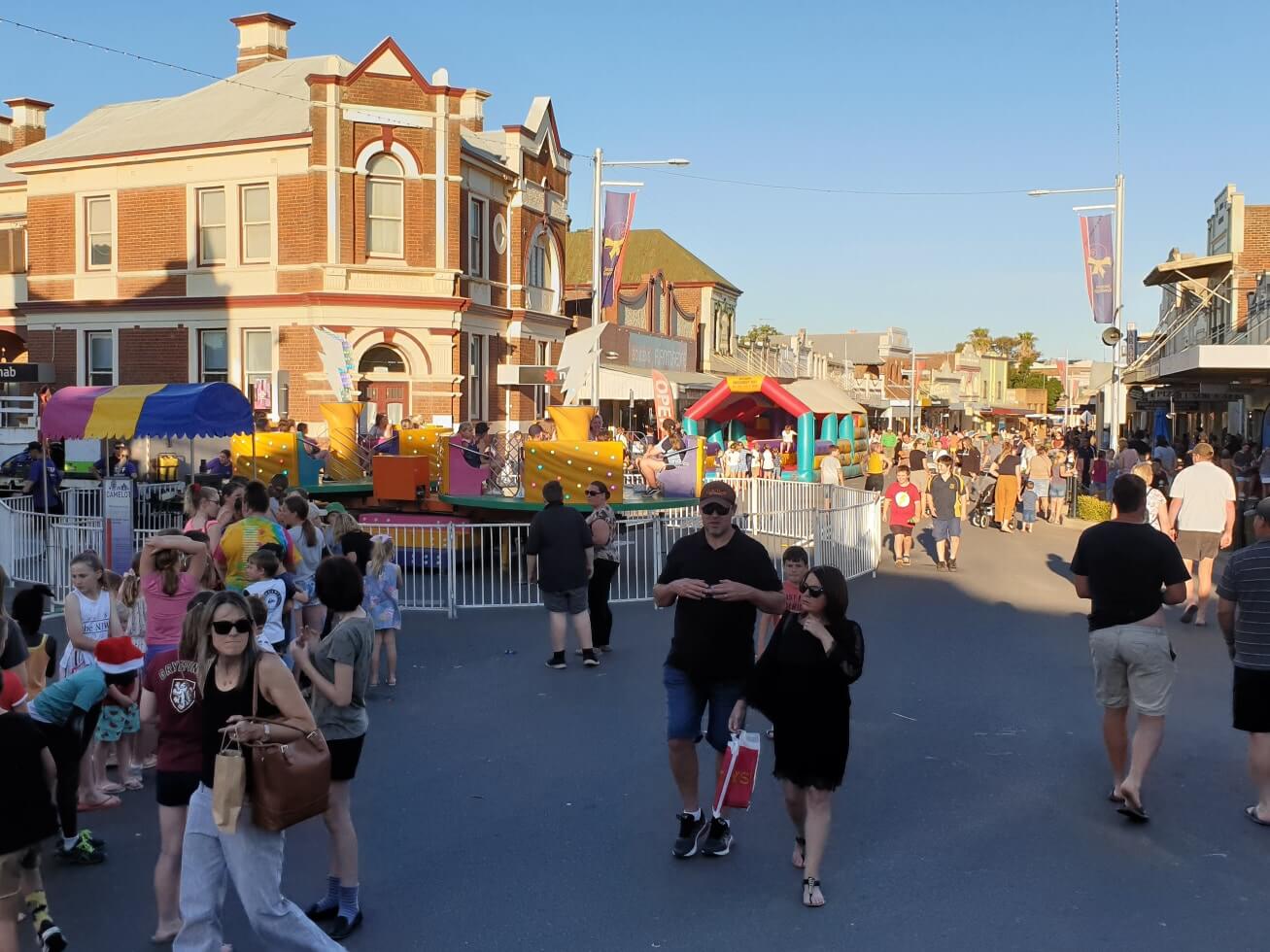 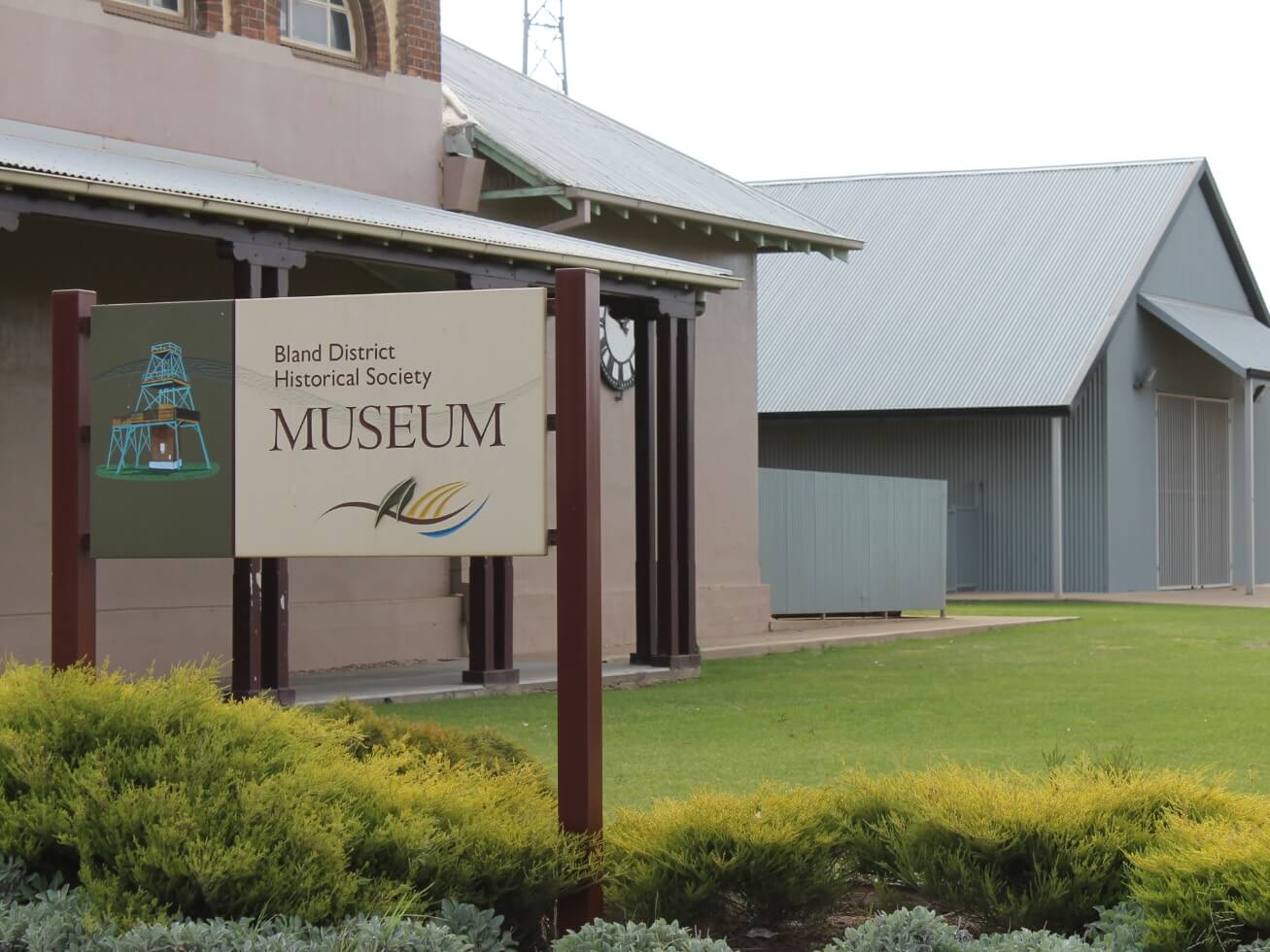 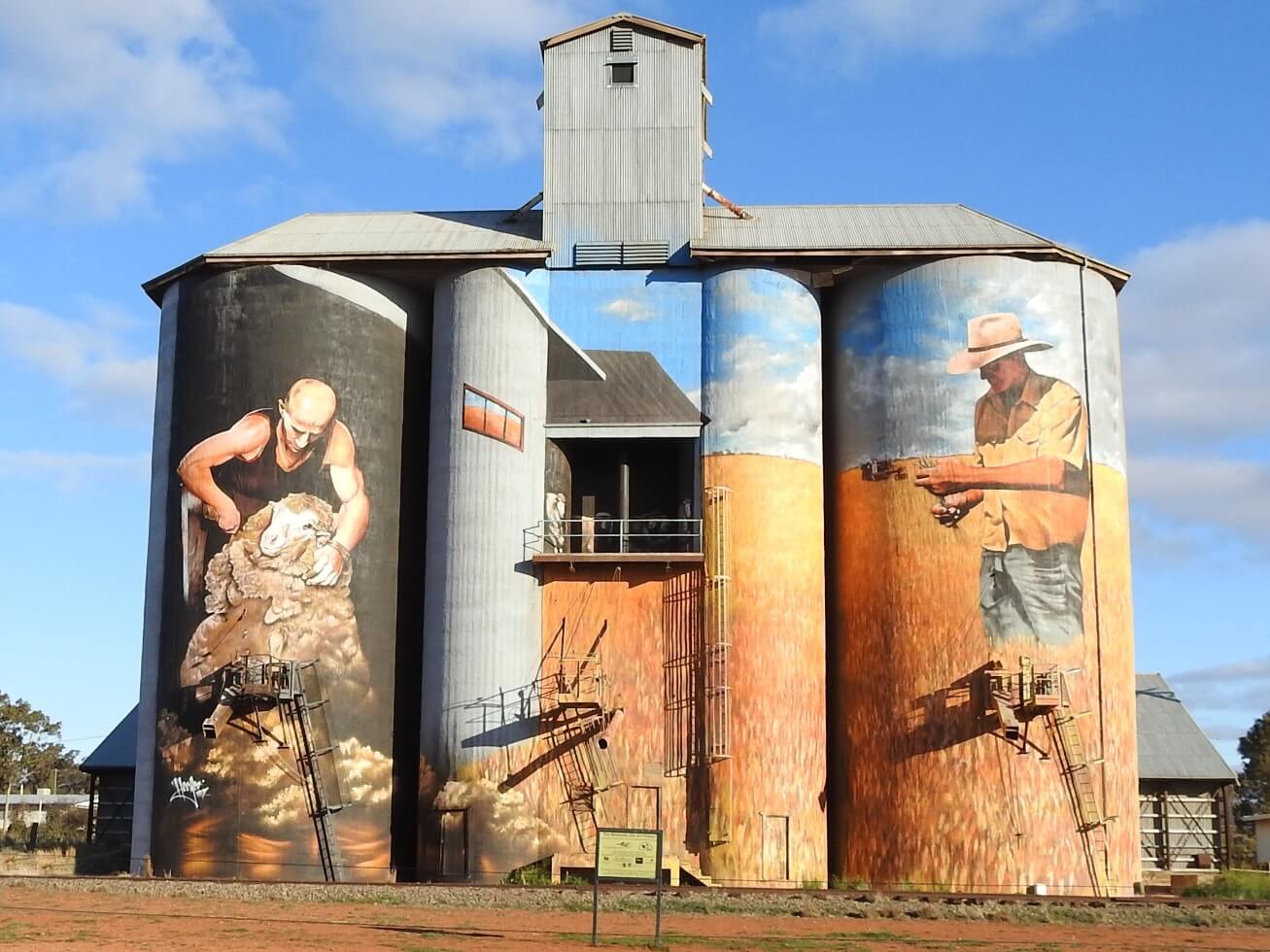 Bland Shire boasts a number of employment opportunities with growth in the mining and mineral explorations, housing industry and associated trades, plumbing, electrical and construction.

There are further economic development opportunities in the transport, retail, and renewable energy areas.

Council has acquired industrial land for the development of the West Wyalong Business Park.

Setting up your own business

West Wyalong is the main town and business centre for the Bland Shire.

The original occupants of the district were the Wiradjuri people.  Explorer John Oxley was the first European to investigate the area in 1817, but couldn’t find water and prophesied that: From want of timber, grass and water, it would never be inhibited by civilized man”.  Well… we proved him wrong.

Squatters settled in the district from 1833 recognizing the agricultural potential with vast sheep and cattle runs introduced.

It was not until Joseph Neeld discovered gold in 1893 that a centralized settlement developed.  Wyalong was laid out in 1894 with a population of 10 000.  More gold were found in West Wyalong, which also contained the water source and was officially laid out in 1895.

Located 32 kilometres from West Wyalong the historic village is famous for its mineral pool, which originated from the flooding of Barmedman goldmines by an underground stream in the 1880’s.  The pool is said to have healing properties due to its high mineral content.

Barmedman’s biggest annual event is the Barmedman Modified Tractor Pull, which is held in October each year.

Kikoira is located 38 kilometres north of Weethalle. Kikoira is a small rural community with an active tennis club.

Mirrool is a vibrant village nestled just off the Newell Highway 47 kilometres south of West Wyalong. The village is best known for the annual silo kick where people come from far and wide to attempt to hoist a Sherrin football over the historic silos.

The historic Royal Hotel is a popular place for locals and visitors as well as the picturesque Sunshine Park.

Located 127 kilometres from West Wyalong in the north-west of the Bland LGA, Naradhan is a close-knit community with areas of high environmental value and a rich agricultural heritage, with winter cropping and sheep grazing the predominant agricultural activities. The Naradhan Historic Woolshed was built in 1888 and has been fully restored to its glorious past and is a must see for visitors to the region.

Tallimba is a quaint agriculture community situated 35 kilometres south-west of West Wyalong. Sheep grazing and winter cropping are the predominant agricultural activities in the locality. The community hub is the Tallimba Inn, which stands directly across from the public park, which has public toilets, a barbecue, shelter area, basketball court and War Memorial.

With a population of 290 and located 42 kilometres from West Wyalong, Ungarie is the home of “The Big Football” – a large fibreglass Sherrin football which stands at Bing Wallder Park as a tribute to the Daniher family. Born and raised in Ungarie, Terry, Neale, Anthony and Chris Daniher are the only set of four brothers to play together in a VFL/AFL premiership match, The Daniher legend is part of Ungarie’s rich sporting heritage. Sheep grazing and winter cropping remains the major industries in Ungarie.

Located 58 kilometres to the west of West Wyalong, Weethalle is home to the first silo art project in New South Wales. The spectacular artwork depicts a shearer, sheep in a pen and a farmer in a field of wheat with the famous sunshine harvester in the background as a tribute to the town’s agricultural history.

The Weethalle Whistlestop Museum takes visitors on a journey through time and serves delicious Devonshire teas most days.